In the late 1960s, Robert Ryman observed that “there is never a question of what to paint, but only how to paint.” On long-term view since Dia Beacon opened in 2003, these galleries uniquely represent the range of techniques that Ryman pursued throughout his career. His paintings vary broadly, from gestural to self-effacing, pristine to vigorously layered, loosely brushed to delicately applied. His repertoire of materials is just as assorted, including various types of industrial paints and rare pigments, supports, adhesives, and fixtures such as fiberglass, steel, aluminum, and wood.

Originally trained as a jazz saxophonist, Ryman turned to painting after he began working as a guard at the Museum of Modern Art in 1953. He received little in the way of formal artistic training but devoted himself to studying painting through hands-on experimentation. Ryman’s earliest works from the late 1950s and early 1960s demonstrate an intense interest in the quality of paint and in the surfaces he built up through varied facture. Belying his reputation as a painter solely interested in white, Ryman explored the relationship between chromatic and achromatic tones. Many of his paintings from the 1980s expand into the viewer’s space, either through unconventional support structures or materials, and challenge the standard interaction between viewer and artwork.

Ryman’s wide-ranging practice has been considered by Dia on numerous occasions, beginning with a solo exhibition at Dia Center for the Arts in 1988–89, a long-term installation at Dia Beacon since it opened in 2003, and a survey exhibition at Dia Chelsea from December 2015 to July 2016.

The main concern of Robert Ryman’s painting is summarized by an observation the artist made in the late 1960s, that “there is never a question of what to paint, but only how to paint.” For Ryman, this “how” of painting has always been about what he has described as “getting the paint across”—meaning, literally, getting the paint across the surface, but also, more idiomatically, getting the idea of the painting across to the viewer. “What is done with paint is the essence of all painting,” he once declared. “What painting is, is exactly what people see.”

Occupied from the outset of his career in the 1950s with ways of letting paint engage with surface, Ryman has continuously sought to approach a painting’s underlying support as a stage for the performative display of brush marks, strokes, and the exploration of texture. Thus each work is a surface rather than a “picture.” Its material qualities are determined by both the type of paint and the nature of its support, which not only provides a background but also filters and modifies the hue. Though Ryman considers white paint his medium, his paintings are only deceptively monochromatic: “The gray of the steel comes through; the brown of the corrugated paper comes through; . . . the linen comes through, the cotton—all of those things are considered.” Ryman’s choice of white over other, less neutral colors may be paralleled with his choice of square supports over rectangular, round, or irregular formats. By minimizing the presence of any distracting factors, the viewer’s focus on the painting’s internal field is intensified.

Over the past fifty years, Ryman’s modes of paint application have been astonishingly various given his self-imposed, carefully considered constraints. His paintings range broadly, from gestural to self-effacing, from pristine to vigorously layered, from loosely brushed to delicately applied. Ryman’s repertoire of materials is just as assorted, including various types of industrial paints and pigments, fasteners, and supports such as paper, plastic, steel, and wood.

In these galleries, which include works dating from 1958 through 2003, the artist chose to utilize site-specific elements, such as natural lighting and the shape and orientation of walls, to enhance the experience of each artwork. In some cases, the room’s natural lighting has been modified by means of the installation of filters—
a maneuver that ensures the soft, reflected light favored by the artist. For a work like Vector (1975/1996–97), an indirectly lit environment invites the viewer to get closer to the work and even look at it sideways, so the different wood inserts—pine on the left, mahogany on the right-—may be observed. Varese Wall (1975) also exhibits the fine line between a painting and its backdrop. The work receives a fresh coat of paint each time it is exhibited. Installed on seemingly provisional, small, foam blocks and composed of wooden door panels, it is nonetheless a wall, and thus engenders a dialogue with the gallery wall on which it is braced. With his overriding interest in imbuing paint with the power to act on its own behalf, Ryman often introduces his own signature in his compositions, as seen in Untitled (1959), so that this inscription (“an accepted element of all painting” for Ryman) becomes an integral component of the work. 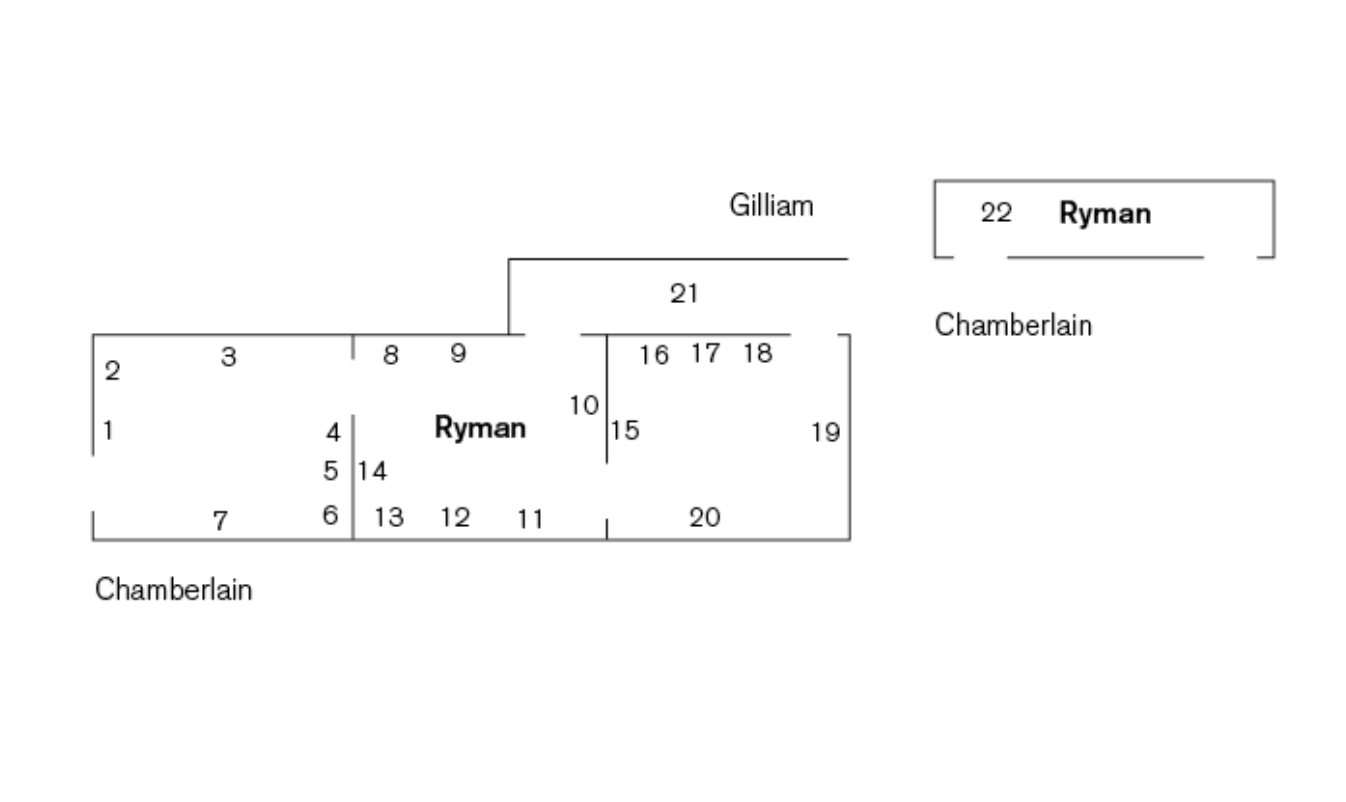 Born in Nashville, Tennessee, in 1930, Robert Ryman attended Tennessee Polytechnic Institute and the George Peabody College for Teachers. After serving in the United States Army Reserve Corps from 1950 to 1952, he moved to New York City, intending to pursue a career in jazz. In 1953, however, Ryman began working as a guard at the Museum of Modern Art, New York, and that same year he was inspired to make his first painting. His first one-person exhibition was held at the Paul Bianchini Gallery, New York, in 1967. Throughout the 1970s and 1980s, Ryman’s work was exhibited in the Carnegie International, Pittsburgh; Documenta, Kassel; the Venice Biennale; and the Whitney Biennial, New York. His first retrospective was organized by the Stedelijk Museum, Amsterdam, in 1974. Dia mounted a show of his works in 1988–89. A retro-spective of his work was organized by the Museum of Modern Art, New York, and Tate Gallery, London, in 1993–94. Ryman passed away in New York in 2019.