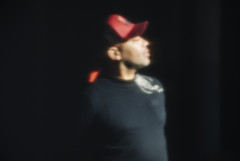 07/03/2020 19:00 07/03/2020 23:45 Europe/London CARL CRAIG and MORITZ VON OSWALD The stark parallels between the postindustrial space at Dia Beacon and the architecture in my hometown of Detroit, a place that has always catalyzed my creativity, are fascinating to me.   —Carl Craig  To mark the opening of Carl Craig’s new commission at Dia Beacon, Party/After-Party (2020), Dia presents a live performance by Craig and Moritz von Oswald within the installation space on March 7, 2020. For the event, Craig has developed an entirely unique set that responds to the architecture of the room and incorporates the specific sound design of the installation. The performance will highlight the decade-long collaboration between Craig and legendary Berlin-based Oswald, bringing together the Detroit and Berlin techno traditions within the environment of Dia Beacon.  In 2008 Craig and Oswald collaborated on Recomposed, an acclaimed rework of two well-known classical music pieces, Modest Mussorgsky’s Pictures from an Exhibition (1874) and Maurice Ravel’s Boléro (1928). A collaboration between Craig andOswald is forthcoming on Planet E Communications.    This performance continues Dia’s long-term support for experimentation across media, as well as its commitment to fostering music and sound-based programming at the institution’s various sites. Dia’s past programming in sound has been wide-ranging, encompassing performances from artists such as Tony Conrad, Arto Lindsay, Matmos, and Terry Riley; new commissions by Joan Jonas and Jason Moran, Isabel Lewis, Robert Whitman, and Gilberto Zorio; and iconic long-term installations such as Max Neuhaus’s Time Piece Beacon (2005) and Times Square (1977), and La Monte Young and Marian Zazeela’s Dream House iterations and Dream Festival (1975).  Event Details  Saturday, March 7, 2020, 7 pm Dia Beacon 3 Beekman Street Beacon, New York  Guest check-in begins at 6:15 pm, and the performance will commence at 7 pm.   The approximate running time is two hours.  $60 general admission; $40 students and seniors; $30 Dia members. Ticket includes admission to Dia Beacon on either March 7 or 8, 2020. Member tickets go on sale Monday, February 3.   General, student, and senior tickets go on sale Monday, February 10.  Event is open to all ages. Cash bar with ID.  Tickets are available for purchase here. Advance ticket reservations are required to attend. Tickets are nonrefundable and nontransferable. Chair seating is limited and will be available on a first-come, first-seated basis. If you have needs that require special attention, contact Dia at info@diaart.org. Getting There  Parking at Dia Beacon will be limited. Dia recommends parking at the Beacon train station, which is a 7-minute walk to the museum.   If traveling from New York City, arriving by train is highly recommended. A train schedule is available here.    Carl Craig  Carl Craig was born in Detroit in 1969. He began his career in the late 1980s as a DJ and producer, and soon came to prominence within the Detroit techno scene. Craig is frequently acknowledged as one of the field’s most wide-ranging artists, integrating inspirations and sounds from a variety of musical genres into his work. He has released several recordings on both his own Planet E Communications record label and under numerous aliases employed to explore new directions. Craig’s notable recent projects include the release of Sessions (2008), a two-disc reimagination and celebration of more than fifteen years of his musical catalogue. The artist’s interest in collaboration is evidenced in Versus, which was released in 2017. For the album, Craig collaborated with pianist Francesco Tristano, French orchestra Les Siècles, conductor François-Xavier Roth, and Moritz von Oswald. Most recently, Craig collaborated with Chineke! Orchestra to perform the title track “Versus” alongside seminal tracks such as “At Les,” “The Melody,” and “Sandstorms” at the historic Royal Albert Hall in London. He lives and works in Detroit when not touring internationally.  Moritz von Oswald  Moritz von Oswald was born in Hamburg in 1962. Trained as a classical percussionist, Oswald joined the new wave band Palais Schaumburg in the early 1980s. Soon after, he moved to Berlin and began creating electronic music. In the early 1990s, he released collaborative projects with fellow Palais Schaumburg member Thomas Fehlmann under the monikers 2MB and 3MB. In 1993 he cofounded the record label Basic Channel with Mark Ernestus. The duo’s works have been released under numerous other names such as Rhythm & Sound. He also formed the Moritz von Oswald Trio with Max Loderbauer and Vladislav Delay. In 2009 the trio released Vertical Ascent. It was followed by Live in New York (2010), Horizontal Structures (2011), and Fetch (2012). Subsequently, Vladislav Delay was replaced by Tony Allen. The trio then released Sounding Lines in 2015. Oswald is also one half of the duo Borderland along with Juan Atkins, releasing Borderland in 2013 and Transport in 2016. He lives and works in Berlin.            Dia Beacon FALSE DD/MM/YYYY FREQ=DAILY; CARL CRAIG and MORITZ VON OSWALD